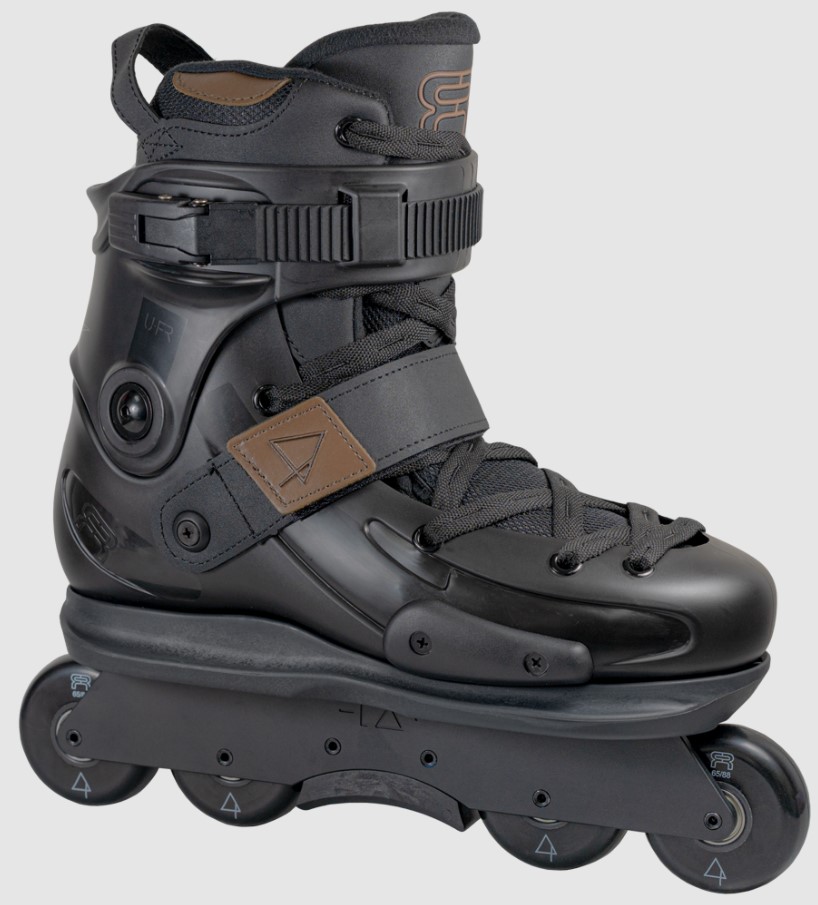 The AP in its name is the abbreviation of the world famous Belgium inline skater Antony Pottier.

The other parts of its name are meaningful too.
The "FR" and "Street" parts mean that the inline skate boot-only is meant for freeride as well as aggressive inline skating.
The "UFR" part means that it has an UFS mounting, which is not very usual for freeride skates.

The FR UFR Street AP boot has one soulplate size per shell size. That is very nice; with a lot of other aggressive inline skates several shell sizes share one size of soulplate.

Freeride (and fitness and slalom) inline skating is more fun with a raised heel. That's why normal freeride skates usually have a "165mm mounting with raised heel", and not an UFS mounting. As the name suggests, in the "165mm mounting with raised heel" system, the heel is raised by the frame, that is higher at the heel side than at the toe side.
In the FR UFR inline skate series, the heel is raised by the inline skate boot instead of by the frame (because UFS frames are as high at the heel side as at the toe side).
Keep in mind that most other aggressive inline skate boots does not have this heel raise. It is very good possible to do aggressive inline skating with boots with a raised heel, and even the most serious inline skate competitions have been won with such a set-up, but it is good to be aware of it.

As for most FR inline skates we suggest that you choose the same size as for a regular shoe.

If you ever want to replace the soulplates, then you need these soulplates: the FR UFR Soulplate.